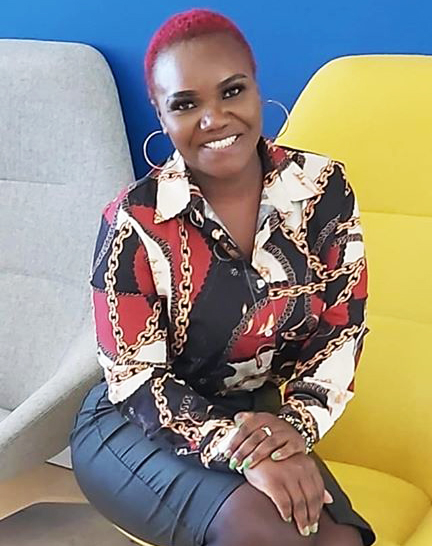 Award winner both home and International. A proud Kenyan, real patriotic citizen and a Philanthropist, She created the company Malaika Dance Unique in 2008, after working and gaining experience and skills both home and abroad.

(MDU) provides creative educational and entertainment activity in schools and communities. Involved with TY Moore Concept and Steve Nash Productions in acting, writing, making and producing movies in London Nollywood. Directed and produced “The Darkest Hours of Victory” ; Which is the first ever theatre play by a Kenyan in Britain. She completed her first movie Captivated with TY Moore Concept which took her afar to Nigeria where the movie was chosen to be premièred, her second movie titled Stranger is Currently running on Nollywood TV (Yoruba Movie) and her third TV Series titled Apostle Do Good was premiered in London and was shown on BENTV SKY 238 in January 2018. She is the Assistant Director and Presenter for royalgreenwich an on line TV

Lydia is also the vision barrier (CEO) of the annual ongoing biggest Kenyan diaspora event called Kenya and friends in the park, an event which received Beffta Awards, Panache Global Entertainment Awards in 2016 and in 2017 also awarded by Africa4U Online Awards, the
biggest Kenyan Event in Europe that have managed to see up to 40000 Kenyans together in
diaspora for the past 6 years.
The Chief Editor of the Kenyan Magazine in the UK (Karibu Kenyans In The UK Magazine).
Received award from Women The Power House Global for all the Charity work she
does in the community as the best event organiser in 2017.
Awarded from Iroko Charity 2017 in appreciation for her benevolent ways towards the less privileged.
Received an award from Ladies of all Nations International as Kenyan Ambassador
advocating for peace.
Biper Awards (Women of Purpose) for empowering women.
Received the Gab Awards for Excellence (For Outstanding to the Promotion of the Positive
image of Africa and Africans around the World through Community Development) in 2017.
Community award represented by Hellen Atim on International Women’s Day for the
benefit She brings in the community in March 2018.
Award for making a positive impact in the community in July 2018 presented by
Gclassfoundation.
Lifeffects Star award for the contribution of Humanity in July 2018 presented by Sandra
Nelson.
Award received in America (Dallas) for outstanding Producer, Director and uprising actress in Nollywood London in September 2018 presented by Dear Awards.
Award received in Morocco for Standing for peace representing Kenya as a peace
Ambassador in September 2018 presented by LOANI International Women.
Award for making a difference in Promoting African Culture in October 2018 presented by
Danhomeyvi Art.
Lydia travelled to Amsterdam in November 2017 as one of the panels discussing the future
of Africa (Reinventing Africa and the Future) in The Voice Achievers Award Event.
2019 – received an Award in Neitherlands given by AWE ( African Women in Europe) as organising one of the best events for the Community in diaspora.
2019 received an award from The Nellas for An outstanding diaspora community Leader.
Travelled to Kenya to receive The Voice Achievers Award 2019 Diaspora Women Of The Year Award.
2020 received an award in Scotland Aberdeen for the Community Influcer of the year presented by Fashion Art and Media Awards (Lydia Cutler (Kemunto)
Currently working for Eunisure as a Specialist Protection in providing insurance Policies.

Lydia through Kenya and friends in the park works closely with two different charities, also rebuilding a School in Kenya.
1) Good Hearted Friends in Kenya (Based in Kisumu)
2) The Ambassador for CMI (Children Markers Initiative Residence) Kenya (Based in
Nakuru)
3) School in Kibera (Shammer Splendid Secondary School)